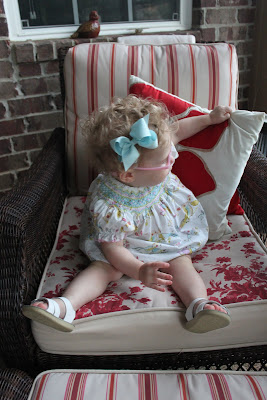 Last Sunday, Matt and I took MR on her first wagon ride. We got the wagon from our sweet neighbor (for only $15!) whose daughters had outgrown it. Score!

Getting ready to ride... 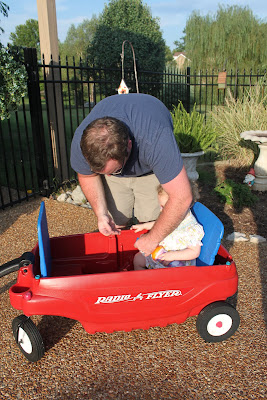 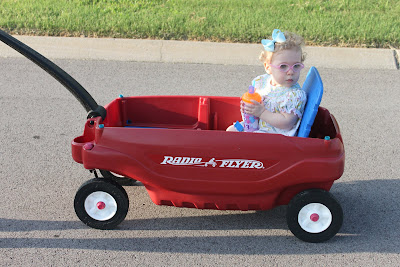 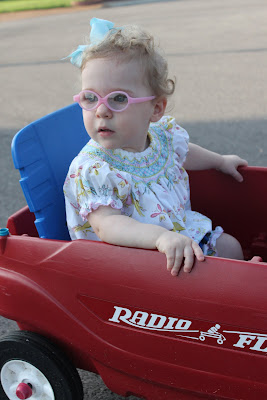 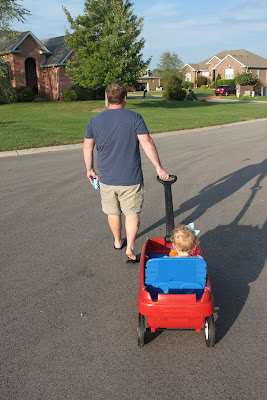 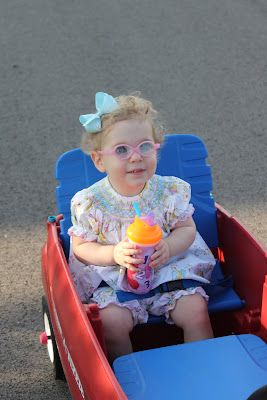 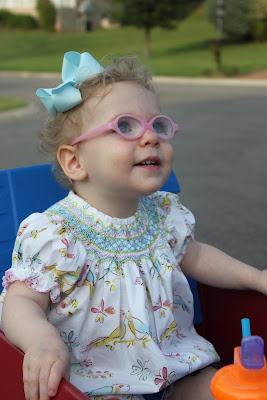 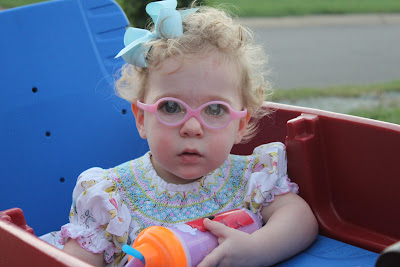 Pulling MR around in the wagon really made me antsy for fall to get here...I can't wait to be outside more! I already have plans to decorate the wagon and pull MR around the neighborhood to go trick or treating. 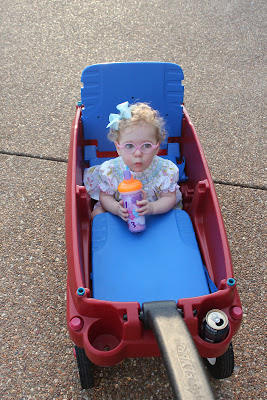 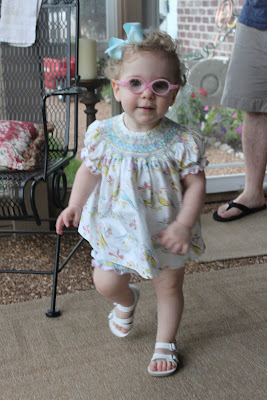 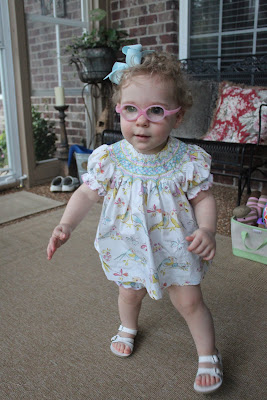 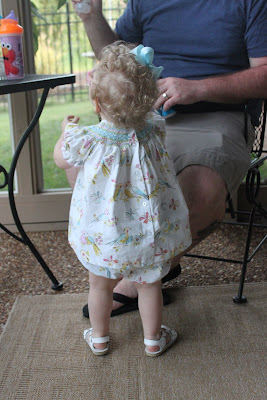 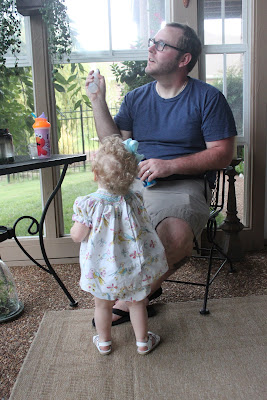 I also should mention that MR was not as well as I thought when I wrote the last post. That same day she spiked another fever over 103 and was very moody and irritable. Then, she developed an awful rash all over her body. It was pitiful. The good news is that it didn't hurt her or seem to itch at all, which was a major blessing. 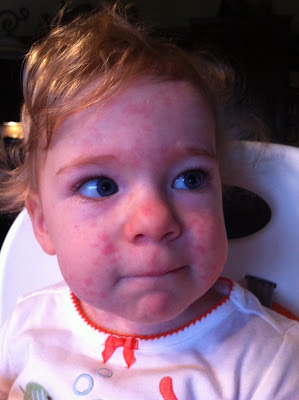 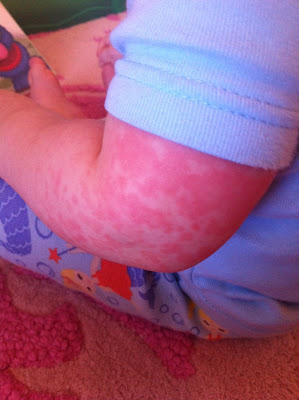 Her pediatrician thinks that it was an allergic reaction to amoxicillin so we stopped giving it to her immediately. However, it still took a couple of days for the rash to get better and completely disappear. I am so happy to report that she is now completely rash free and fever free.

And, she has 2 (possibly 3) new teeth that have broken through in the recent weeks which makes me think they may have been the reason for the fevers. Either way, my baby is feeling better and I am getting adequate sleep again. Praise the Lord! ;)

Posted by Jillian and Matt at 11:15 PM No comments:

Well, the inevitable happened. At almost 17 months of age, Molly Ruth got sick for the first time ever. I knew this day would eventually come and I'm thankful we managed to avoid it for such a long time. However, my tactics to keep MR in a bubble were defeated by the germ farm that is the church nursery. Of course, I don't have proof that church was the culprit, but I have a very strong hunch. 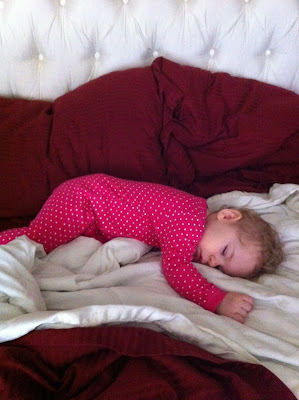 On Wednesday of last week I put MR to bed and noticed she felt a little warm, but nothing too concerning. She has been cutting some teeth so I chalked it up to that. She then woke up at 4:30am, crying, and very hot. Temp was 101.5. I gave her some Tylenol and rocked her for a while. Her fever came down and she proceeded to play and eat normally for the rest of the day. 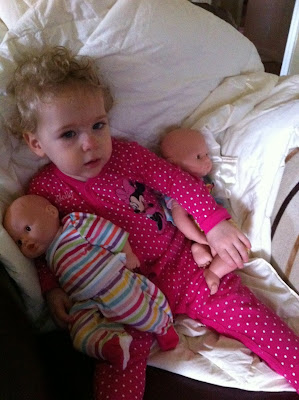 However, she threw up her snack and all of her dinner. I was definitely starting to get worried. At this point, I still thought it may have been due to teething until her temp reached 103.6 that night. It was then that I knew it was more than teething so I called the after hours number for her pediatrician and got some advice/ coaching on what to do. An hour after taking a fever reducer, her temp was back down to 102 so I felt like it was safe to avoid the ER and take her in to the pediatrician first thing the next morning. 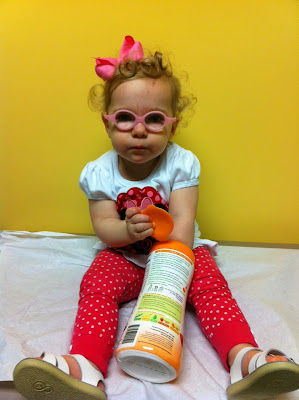 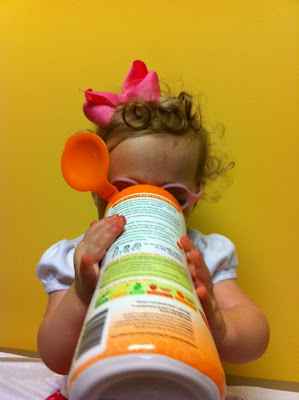 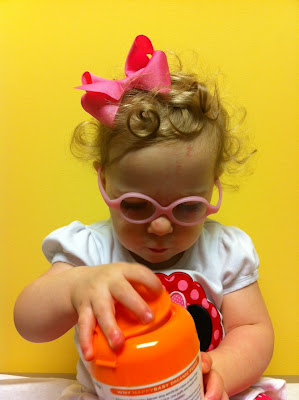 So, we did. Of course the diagnosis was "something viral" and we were instructed to keep drinking lots of fluids and alternating fever reducers. Over the weekend, she seemed to be on the mend and her temperature had disappeared. And then a cough developed. And sneezing. And a runny nose. And irritability and sleeplessness.

So, on Tuesday we trotted back to the pediatrician. This time, she had fluid in her right ear and an ear infection. I was relieved to have a diagnosis and start some antibiotics. Ever since then, she's been improving. 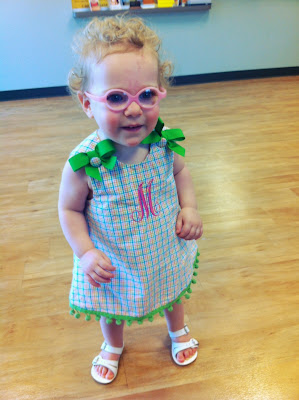 She's still not 100%, but she's getting there. She was a trooper and I am glad to have that scary first bout of sickness over and done! Plus, I feel like I've gotten some important mom skills under my belt. 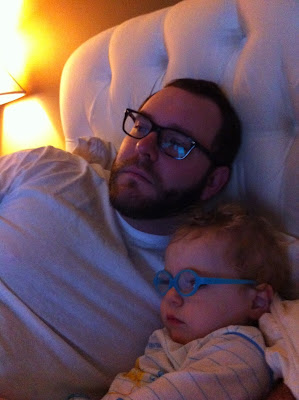 Jillian and Matt
We're a young couple who are learning how to be first time parents. We love each other and have discovered a new love we didn't even know existed in our daughter. I am a new stay-at-home mom who is adjusting to life outside of Corporate America...one dipaer at a time.